Beauty and the Beast: 3x9

Vincent breaks free and is barely in time when he burst through the door of the nursery where Gabriel is getting ready to suffocate the baby. Vincent attacks him and would probably have killed him if Diana had not burst in and told him to stop. To keep Gabriel away from Vincent and the baby Diana is forced to shoot him. Vincent then takes the baby and goes below. He names the child Jacob after Father. During the naming ceremony Catherine is shown behind Vincent as if she is his gaurdian angel. 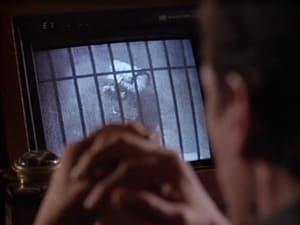