Beauty and the Beast: 3x4

Elliott goes to Joe’s apartment (#751) because Joe’s on a leave of absence from work in order to stop him from investigating Catherine’s death. Elliott gives Joe the address of the building where Catherine was killed (1900-6th Avneue, tower off of 53rd Street) and warns Joe not to trust Moreno, the current D.A., because Catherine was betrayed by someone working in the D.A.’s office and because Moreno put Joe on a leave of absence and insisted that Joe stop investigating Catherine’s death. That night, Joe goes to Moreno’s office and accosts him. He also throws the address out at Moreno and gets a reaction! Moreno meets Gabriel and tells him about Joe’s accusations. Moreno tells Gabriel that he’ll handle Joe and dispose of Elliott Burch himself. Private investigator Cleon Manning (working for Elliott) is killed by Gabriel’s hitmen as a warning to back off the case. Elliott has his first meeting with Vincent at the abandoned carousel in Central Park. Diana goes to Catherine’s apartment and finds the secret entrance to the ‘threshold Below’ in the sub-basement of the apartment building. Diana brings the withered rosebush from Catherine’s apartment back to her own. 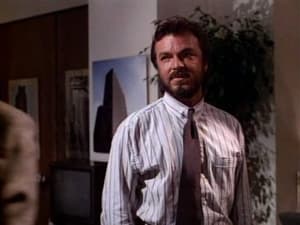